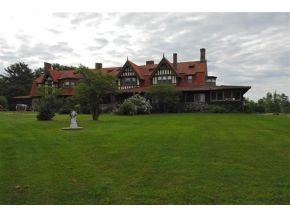 Herodotus wished to preserve the memory of the past. The worlds first historian prefaced his work with this sole ambition. A couple of recent occurrences have reminded me of his position. The first was the chance encounter with a man in his 80s who happened to drop in at our Alton Bay office with a question. Specifically, could I tell him if Camp Mishe Mokwa was still operating? He still has wonderful recollections of the 4 summers he spent there on Treasure Island in Lake Winnipesaukee, way back in the early part of last century. With a little research I informed him that it was no more, as of 1937. We chatted for some time, though, about Alton Bay and the Lake of his memories, and he grew more animated and specific of those halcyon days. Subsequently I counted more than 47 camps had at one time existed along the shores of Lake Winnipesaukee and Squam. Most have long since gone; Camp Tecumseh in Moultonborough, however, is still often rated among the top camps in the country. It struck me that there must be hundreds of thousands of people, perhaps many, many more, who harbor a strong fondness for the special qualities of our area. These shared memories have a force of their own, almost tangible lingerings of happy experiences; Ive felt them, and so have others.

My second observation concerns a new real estate listing of Spencer Hughes: That of the unique gentlemans estate of Kona Farms, MLS #4068978, in Moultonborough. At a mere $7,995,900.00, this remnant of the American Age of Elegance exudes a touch of class and a propriety of another time. Why the name? Well, it stems from the legend of the tragic love affair between the Indian princess Ellacoya and her suitor, the mighty Kona. Personally Id love to see a creative school obtain this property to continue a reverence for the continuity of an earlier time. A Chautauqua, perhaps. Well see. Jim Ferriman: Jferriman@spencerhughes.com, (603) 520-5385